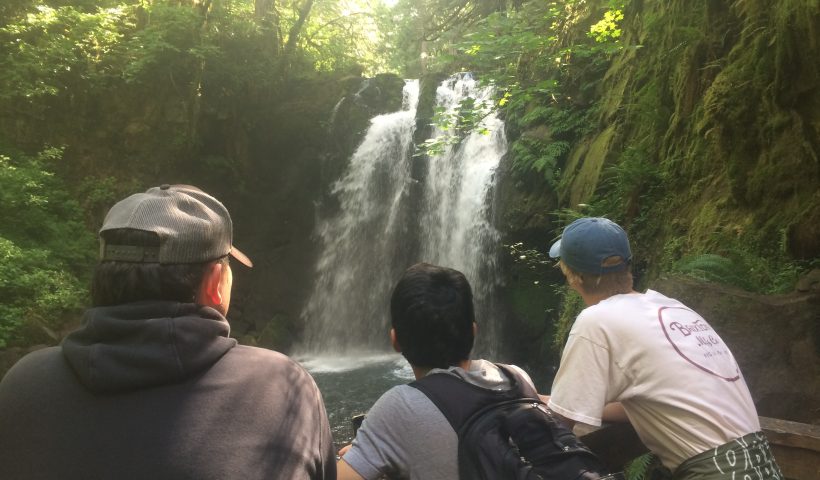 For the second year in a row, underclassmen have spent the last week of the school year participating in a week-long mini sessions class. This year the courses offered included Intro to Backpacking, Fanfiction Literature, Mock Trial, and Lego Robotics. 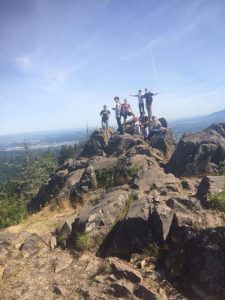 Hiking, zip lining, survival skills, shelter building, map reading…these are just a few of the things the students have been learning in the ‘Intro to Backpacking’ PE class Mrs. Mitchell and Ms. Fitzpatrick have been teaching. The students started out the week exploring Peavy Arboretum, where they had to use their mapping skills to get to a lake in the quickest time possible.

Thank you to Oregon Freeze Dried for their generous donation of Mountain House Meals so students could experience what food true backpackers eat on the trail.

Fanfiction, or fan-created works about existing media, provides an easy entry point for reluctant readers or writers, as they are reading or writing about something they love. 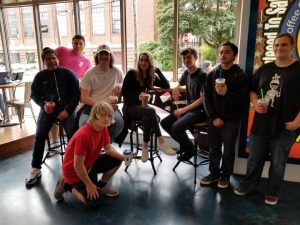 Students went to see The Avengers: Infinity War to learn about plot structure and development. Using the film Black Panther, students rewrote scenes from the perspective of other characters. Students also read a variety of selected fanfictions.

Fanfiction takes a lot of research to do well, so students also visited the Valley Library at Oregon State University to find out more about researching, reading, and writing.

While there, they had lunch at American Dream Pizza in downtown Corvallis, where pizzas were generously donated by Mark O’Brien of American Dream.

Students produced their own fanfiction as part of their final.

focused on a case about a shooting, where they had to become the lawyers and witnesses, requiring that they prepare opening statements, witness testimonies, cross examinations, and closing statements. 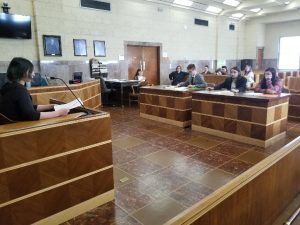 Students finished they week by presenting their side of the case, prosecution or defense, to a real-life jury of community adults and an audience in the Linn County Courthouse.

Students got to have a break from law as they enjoyed the carousel downtown on Monday. Then the Mock Trial class toured the jail with Officer Langley. It was a very interesting tour through the different cell blocks, towers, medical offices, laundry room, kitchen, and intake.

The class also visited the Linn County Courthouse to watch a custody trial and tour the courtroom where they would be holding their Mock Trial, and were able to meet with District Attorney Jonathan Crow. 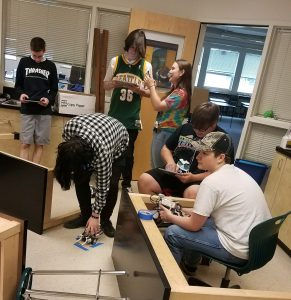 This years Robotics course took on some new adventures. The students built and programmed robots that had to navigate different obstacle courses, The students were also able to build robots of their choosing. We had three groups build gyro-bots, that are on two wheels and have to self balance, one group built a dog that could bark, sit and stand, and we had one student build a crane that could pick up and move small objects.

We also took a field trip to the OSU College of Engineering, where we received a general tour that introduced us to all the different kinds of engineering. We also stopped in the Robotics Engineering Department to watch a PhD student test his program on the two-legged robot Cassie.